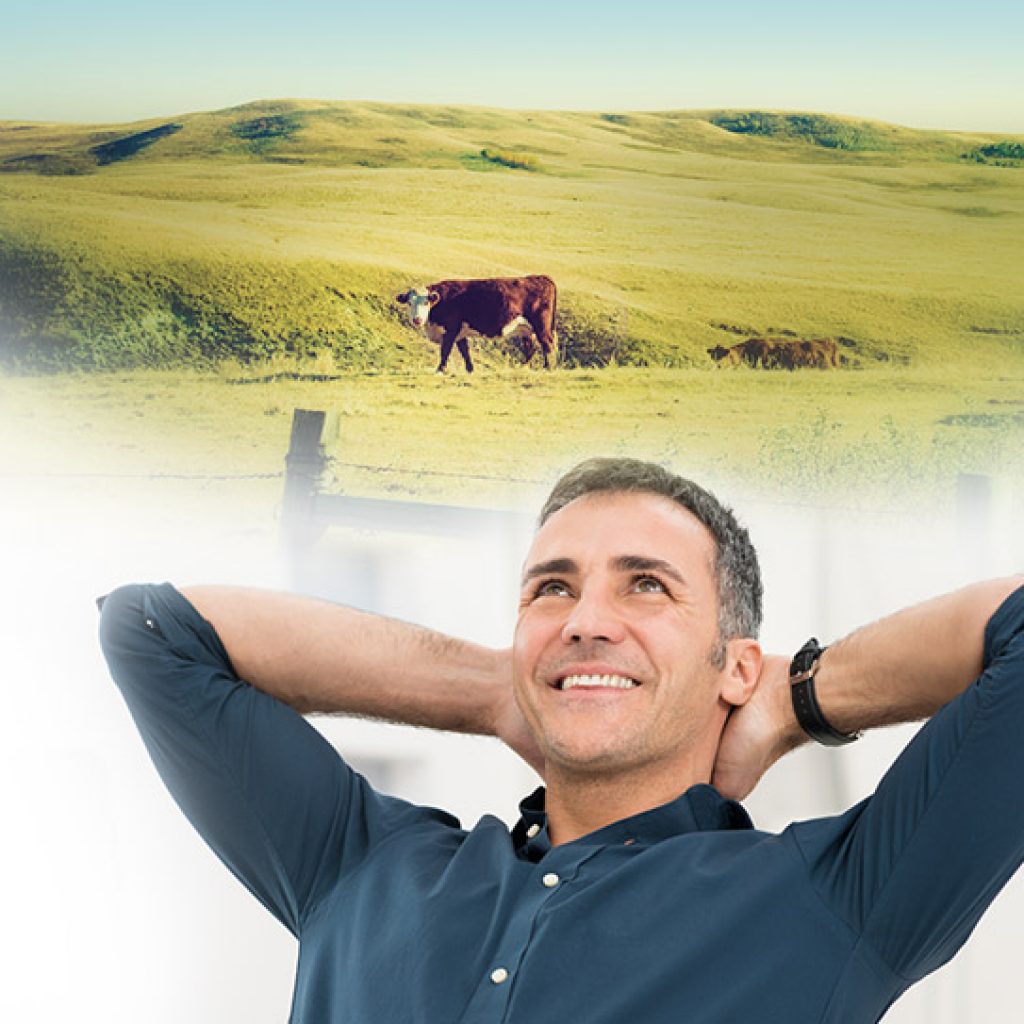 A case in point concerns how we raise beef.

For many people, Alberta’s beef industry conjures up the mental image of cattle and calves roaming and grazing on lush green, hilly pastures under the nice warm sunshine. The scene is pleasant, serene, and idyllic. It might even give some of us those warm fuzzies.[/vc_column_text][mk_image src=”http://acfa.flywheelsites.com/wp-content/uploads/2015/01/the-feed-more-intense-equals-less-environmental-stress1.jpg” image_width=”900″ image_height=”400″ crop=”false” svg=”false” lightbox=”false” group=”_general” frame_style=”simple” target=”_self” caption_location=”inside-image” align=”center” margin_bottom=”25″][vc_column_text disable_pattern=”true” align=”left” margin_bottom=”0″]Contrast this with cattle on a modern feeding operation. No matter how you cut it, this does not conjure up the same warm fuzzies. And because it doesn’t, many also wrongly conclude that today’s modern feeding operation is not as environmentally friendly.

At a very simple yet fundamental level, there are two ways one can raise beef. The first is to take a laissez-faire or hands-off approach. This is sometimes called extensive livestock production. That’s the sentimental scene of cattle roaming the hilly pastures. The second way is to intervene. This is the more hands-on or intensive approach—the modern feeding operation.

In times past, beef production was more extensive or hands-off. The herd was set loose and allowed to roam free and graze when and where they would. When it came time to market, cowboys rounded ‘em up and took ‘em down the trail.

This investment has enabled Canadians to produce as much beef today as we did in 1950, but using 45 million less acres to do it.

Another benefit of this investment concerns the cattle themselves. When cattle are allowed to roam free they are good targets—for both predators and disease. When cattle are properly housed and cared for they can be better protected, tended, and treated. Cattle on today’s modern feeding operations not only have their own family doctor (i.e., the feedlot’s veterinarian), they also have their own dietary advisor (i.e., the feedlot’s nutritionist). This is just as much about the natural environment as it is about good animal care.

In 2006, the Food and Agriculture Organization of the UN published a very controversial report called Livestock’s Long Shadow: Environmental Issues and Options. The report discussed the environmental challenges related to global livestock production, but also stated that the best way to mitigate those impacts is more intensive operations.

“By far, the largest share of emissions come from more extensive systems, where poor livestock holders often extract marginal livelihoods from dwindling resources,” noted the report. In fact, 70% of global livestock emissions were attributed to pastured livestock and only 30% to feedlot livestock.

Of course, a lot of this has to do with how well cattle convert forage and feed into pounds of beef. And here, grass just doesn’t compare when put against the grain rations in a feeding operation. What is more, a recent study in the Journal of Animal Science found that on balance, grass-fed cattle produce four times the methane as grain-fed cattle.

Today’s modern feeding operations are highly sophisticated operations. They are also highly regulated by entities such as Alberta Environment, Alberta Sustainable Resources, and the Natural Resources Conservation Board. Cattle feeders adhere to these regulations, we often exceed them, and we value the natural environment as much as any Albertan.[/vc_column_text][/vc_column][/vc_row]